Every business experiences its fair share of transition and uncertainty. Changes in leadership, rapid growth, mergers, acquisitions, the sudden departure of a key team member…

These events and many others like them can trigger a wide range of emotions among employees as they adjust.When they do, you can bet there is a substantial impact of acquisitions and mergers on human resources or employee engagement.

What are the long-term engagement implications of these “trigger events,” and what can organizations do to help ensure the end results are constructive—and not calamitous?

To find out, we asked the expert. 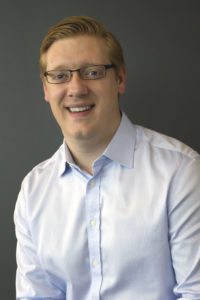 As Emplify’s research lead, Brian Deyo is focused on finding the most effective methods for measuring employee engagement. If you’ve been on the Emplify blog before, you’ve likely benefited from Deyo’s advice on topics such as the dangers of running your own engagement survey and ensuring your mission statement isn’t meaningless.

He’s also shared insights on the critical importance of psychological conditions of engagement.

To recap: For a company to reach its full potential, engaged employees are a must. And achieving a culture of engagement starts with fostering three basic emotional drivers:

These psychological conditions are always at play, but become especially important during big transitions.

Deyo explains that the stability of any one of those psychological conditions—meaning, safety, or capacity—can be at risk during a transition period.

For example, he says that “if you’re changing branding or product, there’s a real risk of losing meaningfulness among employees who signed up for one thing and are now being asked to interact with something different.”

The psychological impacts of trigger events are also highly dependent on the individual. Someone who’s confident in his career won’t struggle with safety, Deyo says. “They’ll tell anyone what they think at any time, without fear of losing a job.”

But for some people, lack of security can be a huge problem—especially during transitions like layoffs or mergers and acquisitions. “And then,” Deyo adds, “capacity becomes a big issue as workloads increases.”

While most of us know instinctively to anticipate employee engagement issues during big changes like layoffs and shifts in leadership, some trigger events can surface when you’re least expecting it.

A Tale of Unanticipated Psychological Consequences

In helping companies measure and improve employee engagement, Deyo has witnessed his fair share of “trigger” events. One of the most surprising discoveries? Sometimes it’s a positive transition that can have surprisingly negative impacts on engagement.

For instance, one customer he worked with had experienced several transitions in a short period of time: a failed product, a buy-out, and a shift in staffing.

Each “trigger” event had an impact on employees. But it wasn’t until the business was succeeding again that psychological conditions were noticeably impacted.

“There was a lot of positivity,” he says. “The company was succeeding. But they hadn’t reported on that success yet. So while the business looked like it was thriving, there were serious capacity challenges.”

Employees were busy and immersed in work, but in a way that was causing fatigue rather than engagement.

“They were not experiencing the extra workload as a good thing,” Deyo said. “Things would have been much different if leadership had gone to team and said ‘We know you have friends who have left and that there have been a lot of changes, but the pain you’re feeling now has nothing to do with the fact that there are fewer people. The load will lighten as we have more money.”

While the inclination is often to wait for everything to get ironed out, it’s much better in the long run to be proactive about making a period of transition a stable and engaging time.

“A lot of companies really struggle with this,” Deyo says. “It’s human instinct to hide the bad and wait until it goes away, but that fundamentally mistreats the people you’re asking to be a part of the business because you’re holding them at arm’s length.”

How can companies instill confidence during trying transitions? Simple: communicate.

Preparing for the Psychological Impacts of Trigger Events

When you’re in the midst of a big transition, communication is key. While you may not be able to eliminate the impacts on psychological conditions, transparency and support will go a long way in mitigating their impact.

“If you don’t handle that transition period well and bring people along for the ride, the presumption of success won’t translate into engagement the way you expect it to,” Deyo says. “You run the risk of actually creating disengagement once the company turns the corner.”

In the case of a company that begins to thrive once again, the result may be a bifurcated culture and a “subset of people who are very upset.”

“The people who contributed to that success can treat it as a cynical thing,” Deyo explains. “It can lead to an ‘us’ versus ‘them’ mentality with subcultures instead of a spirit of teamwork and collaboration.”

“It’s necessary to engage employees when they’re struggling and transitioning as well as when the company’s actually succeeding. Treat them as engaged employees throughout a trigger event, and not just as an outcome of a successful transition.”

Wondering what more you could be doing to foster a culture of engagement during periods of transitions? Download our Employee Engagement Essentials Toolkit for tips you can start using today.

Any cookies that may not be particularly necessary for the website to function and is used specifically to collect user personal data via analytics, ads, other embedded contents are termed as non-necessary cookies. It is mandatory to procure user consent prior to running these cookies on your website.